Questions for the Lost*

The perfect job – such a thing does not exist. Well, maybe it does but only in the imagination. No matter how many times we travel the world over, we will never ever find it. The closest thing we can have is a job that fits our passions and makes us happy despite the numerous difficulties involved.

Typically, having an idea of a job that we’d like to have starts early in life – a dream planted in our hearts and minds and pursue as we grow up. “Lord of the Rings” trilogy director, Peter Jackson once mentioned in an interview that after watching King Kong for the first time, he already knew that being a director was what he was supposed to be. He was only eight at that time. Probably, he had a strong vision of himself or a solid determination; perhaps he even might have been lucky – lucky to find his inspiration and dream at such a tender age. Others, however, are not as fortunate as Jackson. They have to go through an interminable trial-and-error phase before finally knowing what they’re supposed to do. This stage is oftentimes painful and frustrating. I know for I am currently in that stage.

I have had a few jobs in a decade’s time. I had several reasons for leaving but the ultimate one was usually because I did not feel like I was in the “right place.” There was always something that did not feel correct. Despite my best efforts to be content, I still felt dissatisfied. I would usually tell myself that I was actually blessed to have a job; many out there did not even have one, but it was not enough. There was “something” missing. I felt like I had not found my “home” yet, and so I tend to leave one place in search for another. Right now, I have a job that I’ve kept for almost 4 years (the longest I’ve had so far). You would think that I’m ok with it because I’ve been doing it for the a long time but deep, deep inside me, I still feel that there’s something I must be doing other than what I am doing now. 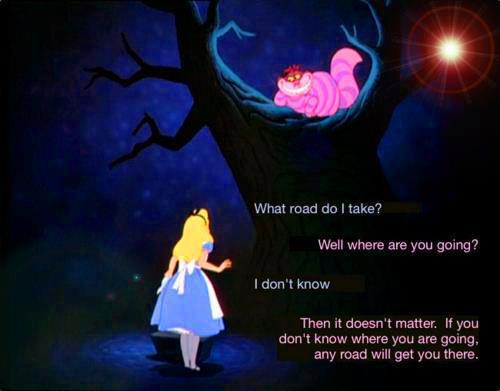 A big reason why I don’t always feel like being in the “right place” is because I don’t even know what that “right place” is.  It’s not like I have never had dreams because as a matter of fact, I’ve always had lots of them.  The problem is I haven’t quite figured out yet which one I really want to concentrate on.  And I have this irony: I want to be able to do a lot of things, yet a part of me also just want to pour my efforts on just a singular pursuit, but when I’ve finally decided which one to pursue, I would feel trapped by the fact that I’m only doing one thing.  Stories of my father and mother just sticking to one job for over 20 years amaze me.  How did they do that?  How did they do the same things over and over again for decades?  I mean, the mere idea of an 8-5 job already cages me!  I can’t see myself doing something like that for the rest of my life!

My road to self-discovery is not an easy one.  Aside from my indecisiveness, reality also plays a major part in my decision-making.  Whenever I try to pursue something that is considered as “impractical” or “unrealistic,” I would always be reminded of the realities of this world – bills that arrive like clockwork, people to support, savings for the future, and other “grown-up’s responsibilities” – things that I could not accomplish if I continue to follow an “impractical” dream.   So even though I am suffocated at times at work, I stick to it because it provides stability, not only for me, but more especially for the people who depend on me.

It is said that do something that you love to do and you won’t have to work for the rest of your life.  That is a wise saying, but before I could do what it is really I love to do, maybe I should thoroughly decipher what it is that I want to do first.  Almost 10 years after receiving my tertiary education and here I am still having a hard time answering a simple question about myself:  What do I really want?  Here I am still grappling to learn the greatest and yet the simplest of all knowledge – the knowledge of oneself.

There was a website I found last year, which in a small way guided me a bit when it comes to what I should pursue career-wise.  I would like to share the information in that website so that you, or anyone you know who might be suffering from indecisiveness and lack of clarity such as I am, might be partly enlightened, too.  I hope it helps.

Good luck and may we all find and/or create our own paths soon.

Is it: scoring those quintuple-word-scores in Scrabble? Training unruly puppies? Cooking without a recipe? Nodding calmly in the midst of hysteria?  Crafting unforgettable puns? What are the things that comes so naturally to me, they don’t even register as legitimate ‘talents’?

For real: what am I secretly researching, ogling & fantasizing about when I’m ‘supposed’ to be ‘working’?  What gets me breathless & bug-eyed? What causes my voice to escalate, ten decibels? What do I long to (Jedi) master?

3 :: If I was a horrifically superficial & shallow person, what would I really want?

(FAME + MAD RESPECT + A JACUZZI WITH MOOD LIGHTING is a perfectly acceptable answer.)

I think I already know, but I’ll: consider my ideal job title or position, and then pop an (imaginary) hallucinogenic.  So, like, NOW what?

6 :: What’s going to be carved on my hypothetical tombstone?  Or: if that’s too grim to contemplate — what’s on my future résumé?

7 :: If my parents / my grandma / God / whoever holds my sense of personal propriety in check was GONE (poof!)  and there was no one to offend, upset, or disappoint… who would I become? What unspeakably dark (or exquisitely light) truth would I tell? What would I (finally!)  allow myself to write, publish, announce or create? What kind of closet would I come out of? What would I completely, at last, and fully… forgive?

(Self)knowledge = power. And more power to you. 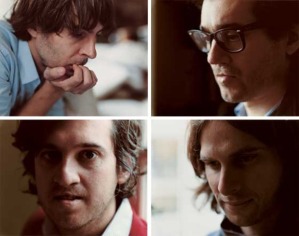