Unearthing the Past, Evoking Emotions / A Case of (Philippine) History Repeating

I had the chance to teach Philippine History for one of my students several months back. We normally had English tutorials, but since she was enrolled in a formal school and was having some difficulty with History, I was asked to help her out with the said course at least for about a few weeks.

A part of me felt relieved to be teaching a different subject other than English. I had been feeling bored with it, and I thought that a new subject would somehow reduce that boredom. I like history, so I had no problem with the task that had been given to me. There was just one problem though: it had been a long while since I read anything about Philippine history; I had already forgotten some of the events and the relevance of certain names and dates. I knew I had to brush up on History to help the student better, but generally, I thought this change would do me some good. 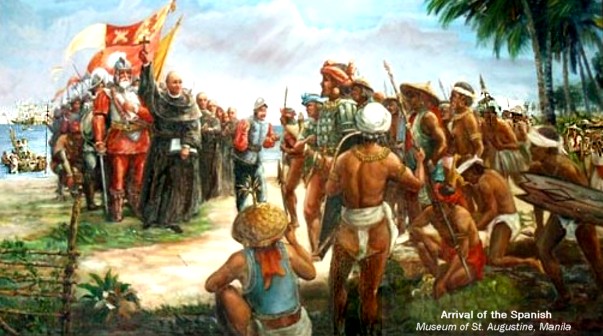 Unfortunately, I failed to realize the effect of this change on my student. My student, a 14-year-old foreigner, wasn’t exactly into history, as most children her age. In addition, she didn’t have an excellent command of English, and now she was supposed to study and memorize words and phrases in another language – Spanish! Terms such as encomienda, Royal Audiencia, cumplase, Consejo de Indias, Recopilacion, corregimiento, indulto de comercio, and even the title of one of the earliest books published in the Philippines, Doctrina Christiana en Lengua Española y Tagala (and that’s not even the entire title of the book on the cover), exasperated her and compounded her predicament.

As our classes progressed, I too, became a bit frustrated. There I was with a student who didn’t like what she was studying, couldn’t understand fully or even pronounce the Spanish words properly, and was a complete sleepyhead!  Teaching that class was a challenge, but it was a job I had to perform.

Frustration was not the only thing that developed in me as time passed by. There also arose a sense of sadness. It had nothing to do with my student or our classes, though. Rather, it stemmed from the subject itself – the Philippines’ history.

The book was made for high school students, so the discussion wasn’t as comprehensive as it should be. Despite this, the abridged narration of the historical events made me remember how Spain subjugated and exploited this country – both its people and its resources – and the ways Filipinos were treated as lower and less significant than the Spaniards, the centuries of violence, unfair treatment, brainwashing, and poverty. Re-reading the narration of Philippine history led me to ask the same question my student asked me one day: Why did the colonization took more than three centuries to end? Of course, ending Spanish colonization of the Philippines was not as simple as demanding Spain to leave the country alone, but for it to happen for three hundred thirty-three years simply seemed an incredibly vast amount of time, too, wasn’t it?

My student, who became relatively more interested in the subject later on, had to study only two and a half chapters of the Spanish era with me, but within those two and a half chapters, certain words and phrases appeared many times over. Phrases like “forced to work,” “the people suffered….,” “unfair,” “corruption,” “poverty,” and many others abound. I actually wanted to sum up those two and half chapters this way to make things easier for her: “It was a really shitty time being under Spain.” Of course, I didn’t do that. I would have made an over-generalization (or would I have not?) Besides, I couldn’t say the word “shitty” to her.

Before long, our history classes were over. As soon as her final exams were done, so were our lectures. This time, it was she who felt relieved. I, on the other hand, was experiencing – to some degree – anger. Although our classes were finished, I was still hung up on the subject. Some parts of the book especially fired me up:

1) “The masses also suffered from unfair taxation and forced labor. From 1571 to 1884, all Filipinos paid taxes to Spain… Only a minuscule part of the taxes went to public works, health and security programs for the natives. A large part of the money went to officials of the civil government and to the friars. Whatever was left in the coffers was used to finance its armed forces, the church, the bureaucracy and the Spanish expeditions to the Moluccas. Because of these expenditures, the colonial government was often in deficit. Annual infusions from Mexico became necessary. The monetary infusion was called real situado, an annual subsidy that stopped only in 1821.”

2) “Because of his relative independence from the government is Spain, the Governor-General engendered corruption in the Philippines. His position can be bought or granted as a favor. Governor-Generals had a brief term of office, so except those with pure hearts and noble demeanor, the Governor-Generals lost no time in enriching themselves. They often capitalized in the unfair taxation system and the Galleon Trade.”

3) “The King of Spain implemented some steps to curb the abuses of the Spanish officials in the Philippines. One of these was the Royal Audiencia which was founded in 1583… But these steps proved to be futile because it became easier for a corrupt official to bribe an investigator or to overturn their judgement with the use of their political influence in the Philippines or Spain.”

5) “The provincial governor had the power to collect taxes from the people. Many took advantage of this opportunity to amass profits. The alcalde mayor forcibly collected taxes in the form of cash when harvests were abundant. He brought the produce at very cheap prices… He would hide his profits and remit to the treasurer only the minimum revenue required from his province.”

6) “The gobernadorcillo was a respected member of the community… His salary was small but just like the provincial governor, he had plenty of opportunities to profit from his position. The cabeza de barangay and other municipal officials also abused their powers.”

7) “Graft, corruption and malversation of public funds were prevalent from the provincial to the barrio levels. The public had no one else to turn to about their complaints against erring officials. Bureaucrats could easily exact revenge on their rivals. The helplessness among the natives was mirrored in their saying: “the Governor-General was in Manila, the King was in Spain, and God was in Heaven” which meant that all of them were too distant to hear the people’s cries. This abuse of power was one of the causes behind the people’s periodic uprisings against the colonial government.”

The negativity wasn’t directed towards the Spanish colonial system or anyone else in history anymore but to the people in government in the present.  I was reading a part of history yet I felt like I was reading the headlines of current broadsheets!  You see, around the time my History class was happening, a significant political scandal erupted: the pork barrel scam. This scandal, to simplify it, was the issue of public money being used to fund fraudulent projects, and millions and millions of pesos supposedly going to crooked government officials’ pockets, too. 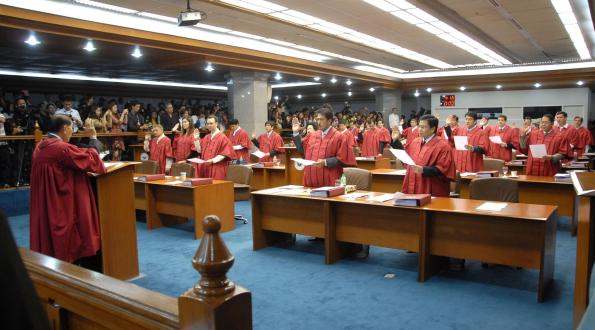 This wasn’t the first time that some Philippine legislators and other government officials had been involved in graft and corruption scandals, but this one was too much. The extent of corruption and the amount of money involved were tremendous. Millions of Filipinos are still living in destitute and many things – basic things – are still needed to be provided for and then you hear how a minute portion of society are enjoying the hard-earned money of the taxpayers! Who wouldn’t be enraged by that?

The resentment was further fueled when one of the world’s worst disasters, Typhoon Yolanda (Haiyan), hit and devastated the central Philippines. The government should have done its job focusing on essential projects like DISASTER PREPAREDNESS and management, building stronger and decent evacuation centers, and even upgrading weather equipment and warning systems. But no, they were too busy enriching themselves.

More than a hundred of years have passed since Spain left the Philippines, but it still feels like the Filipino people are still suffering the same way they did while under Spain. Only this time, the enemy is no longer the colonial masters but the Filipinos themselves. And that is what makes all these things the sadder.

When will it end? When will the Filipinos be truly free?