Which fish is in a better position? This question filled my head after chancing upon an Instagram story of a certain female European artist. The Story was a video of her singing in a coliseum filled with loads of people cheering and clapping. I don’t know anything about her except her name and a couple of songs, which I can’t understand anyway because they’re not in English. Judging from the size of the crowd and the number of followers she has on Instagram, I can tell that she’s a huge pop star. Interestingly, although I’m not familiar with her, I do know a member of her backing band—actually, I got to know her through him. This may sound a bit strange as backing/touring musicians being more well-known than the main artists themselves being supported is uncommon. The thing is, he is a member of another group, which has already toured some parts of Europe, the US, and even Asia. In fact, he and his band mates have already visited the Philippines twice now: one for a major music festival and another for a co-headliner event. A few of their songs have also been featured in a foreign TV show, a movie soundtrack, and even a video game.

The situation of both of these musicians amuses me. You see, the female artist, although she’s enormously popular, is well-known mostly only in her home country. Based on the information I’ve gathered from some websites, she hasn’t had the opportunity to tour other European cities or anywhere outside of the said continent in the span of her career (she’s been around for quite a while now). On the other hand, her backing musician has been outside of Europe numerous times, yet he and his band are still not that big. 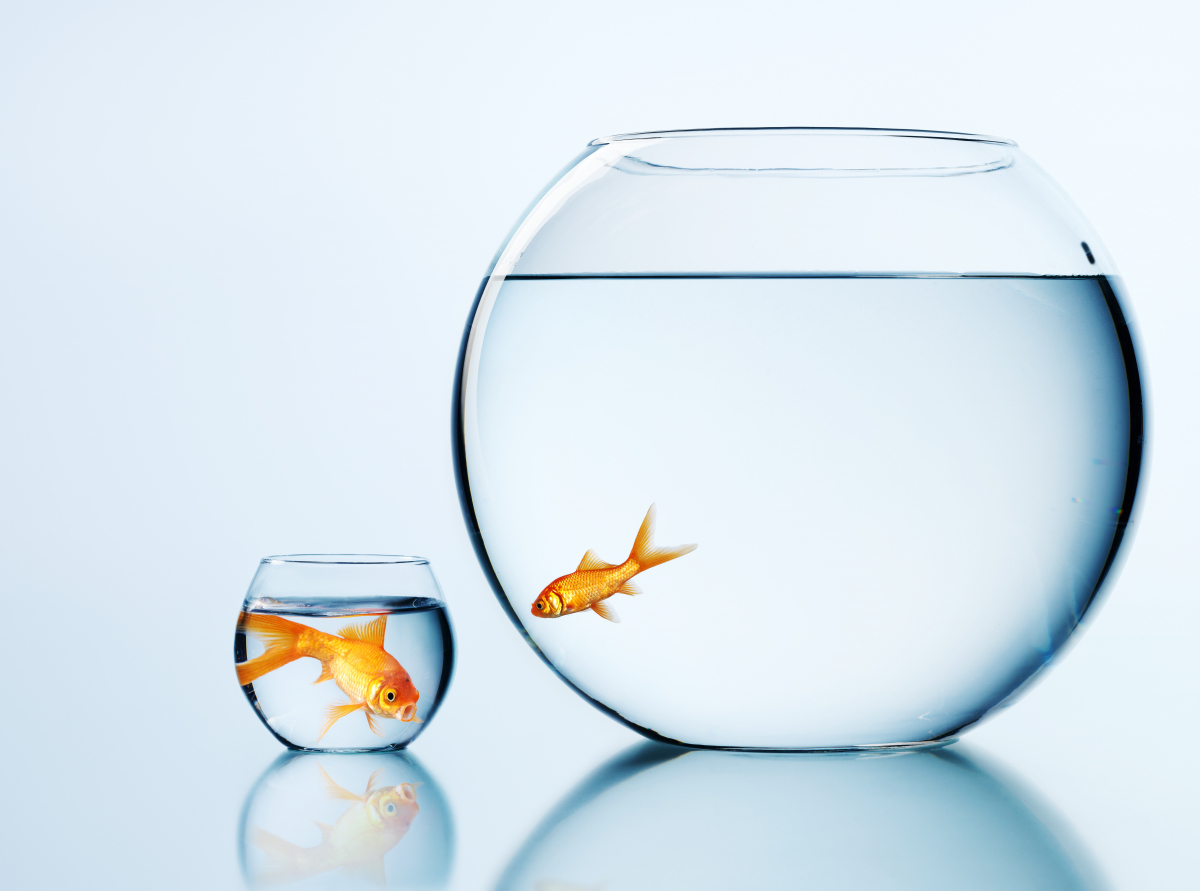 Both remind me of the big fish in a small pond / small fish in a big pond analogy: the female artist being the former, and the male one, the latter, of course. They made me think about success: Which fish would I want to be? Which situation is better? But as I contemplate on these questions, another one arose: Is there really a *better situation* between the two to begin with?

Many people I know prefer to be a small fish, giving room for growth and expansion as their primary reason. Many view it as a progressive thing: small now, get bigger later. The small fish is likewise generally seen as braver, more adventurous, and more experienced. But when I asked them if they were open to the possibility of remaining small forever (since there’s too much competition from countless other small fish) suddenly, some weren’t so sure. On the other hand, some see the big fish as someone who is fearful to go out of her/his comfort zone or someone who has settled and has decided not to push her/himself to grow further. Only a few would like to be in such a position.

Thinking more about the responses of these people, my mind is reminded of a band that I know that recently celebrated their 20th anniversary. They have put out several albums and singles over the course of their long career. The first thing that popped in my head when I learned that they have been together for 20 years now was their seeming “lack of achievement.” Although they’ve got several albums under their belt, none of their albums have ever been considerably popular; the same can be said about any of the singles they’ve put out. They’ve never enjoyed substantial air time on mainstream radio, and the current number of their followers on a streaming service doesn’t even come close to 10,000. Their shows are still pretty much held mostly only in small bars. If you ask regular people if they know the band, I’m quite sure that the name wouldn’t even ring a bell. One would think that in twenty years (!), they could’ve had at least one song that many would be familiar with, but the situation is far from that. Despite being around for such a long time, they remained tiny, swimming along with all those countless other small fish! They’ve had more than enough time to create something that the masses can remember them by, but they weren’t able to! Is it OK to assume then that they didn’t try to aim for something higher? That they merely settled? Is it also correct then to say that they weren’t bold enough? Not successful enough?

Further contemplation, however, produced a series of other questions: But what if being big isn’t what they’re after to begin with? What if their main goal was and still is to simply be able to produce music that they love for as long as they possibly can? What if *that* is enough … for them?

For many, success is still measured and limited to a financial aspect and by how much power or influence one may possess. But you see, that isn’t always the case. People have different goals and priorities in life, and so the meaning of success consequently varies as well. Quite recently, the backing musician posted a picture of the female musician happily kissing another major music award she had won in their home country. The male musician then stated that he was proud to be in a little corner of the woman’s success.

So, let me go back to my original question: which fish is in a better position? Neither, I guess. Whether or not one is a small fish or a big fish is not important. If you are fulfilled in the spot you are in, then you’re in a good place. In the end, it seems to me that what’s more important is that you keep on swimming.